Researchers at the Australian Research Council Centre of Excellence for Coral Reef Studies, the University of Western Australia, Curtin University, Aix-Marseille University in France, and the US National Oceanic and Atmospheric Administration wanted to know the history of coral bleaching events on the Great Barrier Reef and how corals are responding to climate change. 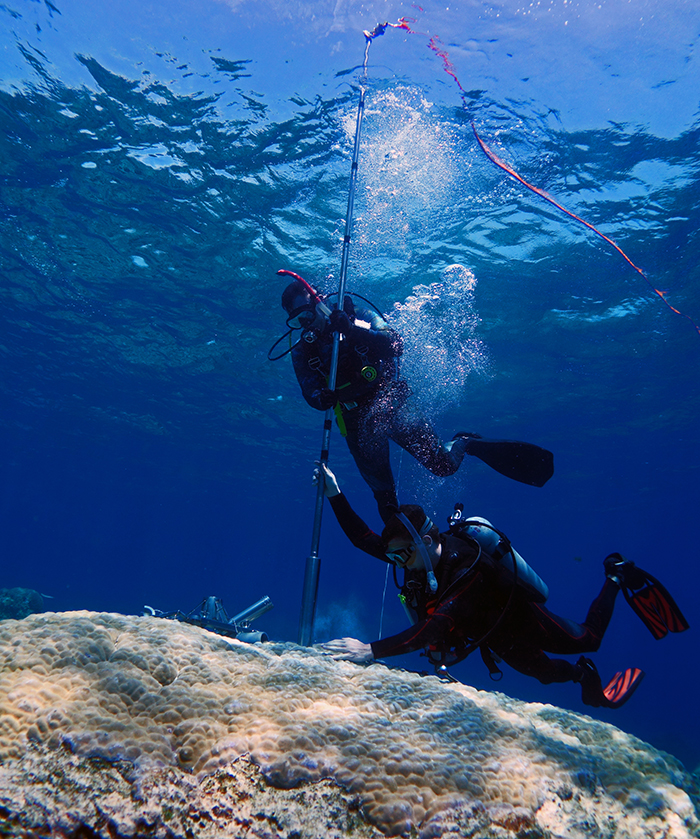 Dr. Thomas DeCarlo drilling a 2+ meter core from a massive coral on the Great Barrier Reef

The team of researchers collected Porite core samples across the northern Great Barrier Reef, the Coral Sea, and New Caledonia, bring them to the WA NIF Node at the University of Western Australia, where they were scanned on the Bruker Skyscan 1176 in vivo micro-CT. 3-dimensional image stacks of density variations revealed ‘bands’ within the coral skeletons, corresponding to age. Also seen were high/low density ‘stress bands’, corresponding to environmental stressors such as exceptionally high water temperature. 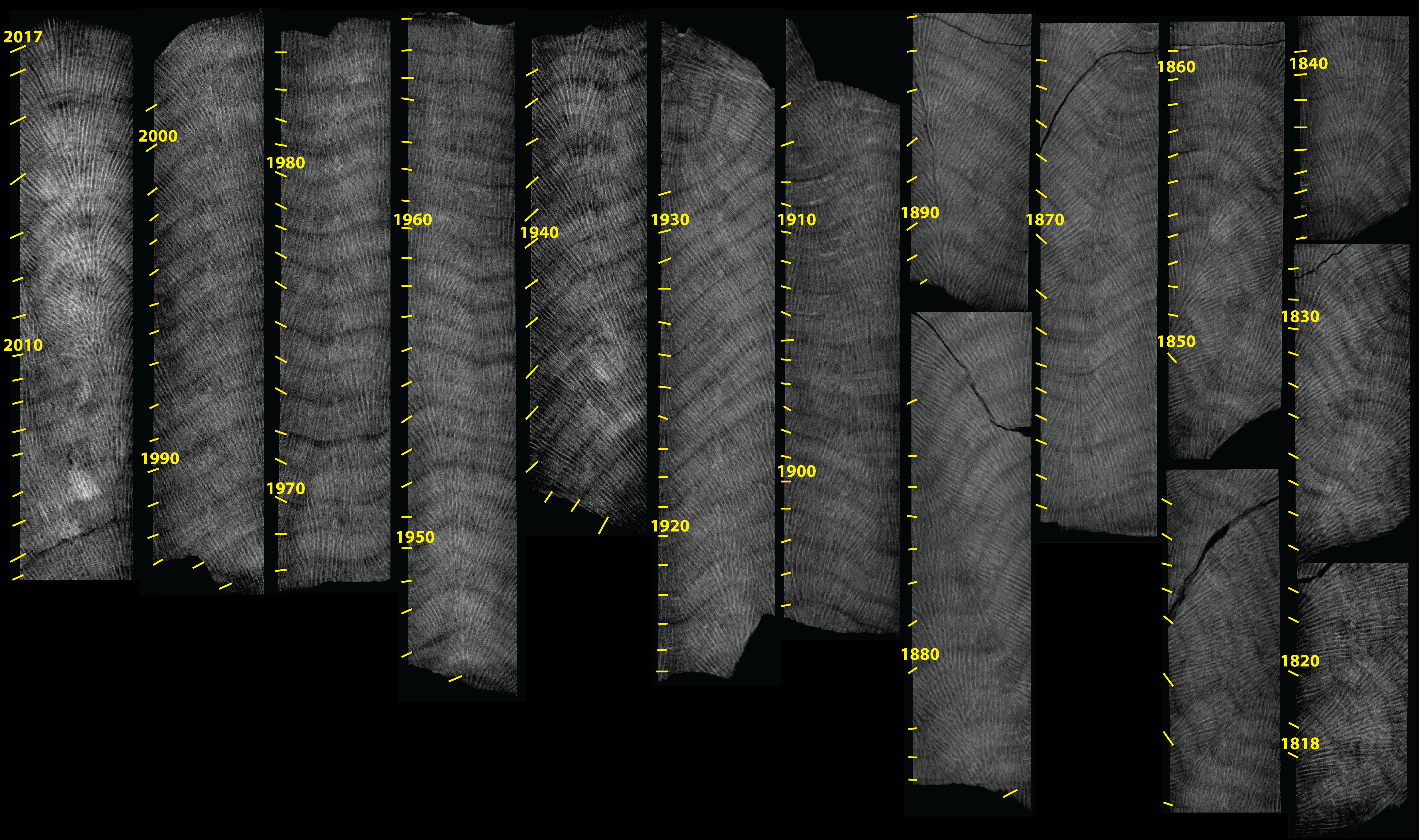 Some of the oldest (and longest) core samples had over 200 annual bands, meaning they were a living coral that has been growing for two centuries. By comparing stress bands to age, change-induced bleaching episodes were mapped, providing a timeline of coral bleaching events. Three striking observations followed: First, the researchers found the first piece of evidence that coral bleaching has occurred prior to the 1980s. Second, a significant increase in the frequency of stress bands was seen over time, consistent with the effects of global warming sparking more frequent coral bleaching events. Finally, recent (within the past few years) acclimatization was seen, whereby corals became less sensitive to heat stress follow repeated exposure to marine heatwaves. These results, published in early 2019, offer hope that reef-building corals surviving heatwaves may be able to adapt for future heatwaves.

This story was contributed by the University of Western Australia. For enquiries, please contact Ms Diana Patalwala.