Despite significant advances in diagnostic and therapeutic technologies, cardiovascular disease (CVD) remains the global leading cause of death, accounting for 17.3 million deaths per year, and is expected to grow to more than 23.6 million by 2030. Currently, the prevention of MI and stroke is limited due to the lack of sensitive imaging methods. Those available usually involve invasive procedures such as coronary angiograms, which are potentially associated with complications, including death caused by MI or bleeding. Hence, there is a great need for new diagnostic strategies to determine whether the individual patient is at risk of MI or stroke, which then would allow for effective and early preventative treatment and improved clinical outcome.

This project is a multicentre collaboration led by the University of Queensland (UQ), Australian Institute for Bioengineering and Nanotechnology (AIBN), including the Queensland nodes of the National Imaging Facility and Australian National Fabrication Facility, Monash University, Baker IDI Heart and Diabetes Institute and the SooChow University. Together this project developed novel molecular imaging nanoparticles to enhance for MRI detection of activated platelets which is associated with unstable vulnerable atherosclerotic plaques.

A complete description of the project, including the particles and imaging methods, is available via the a publication in Biomaterials journal. 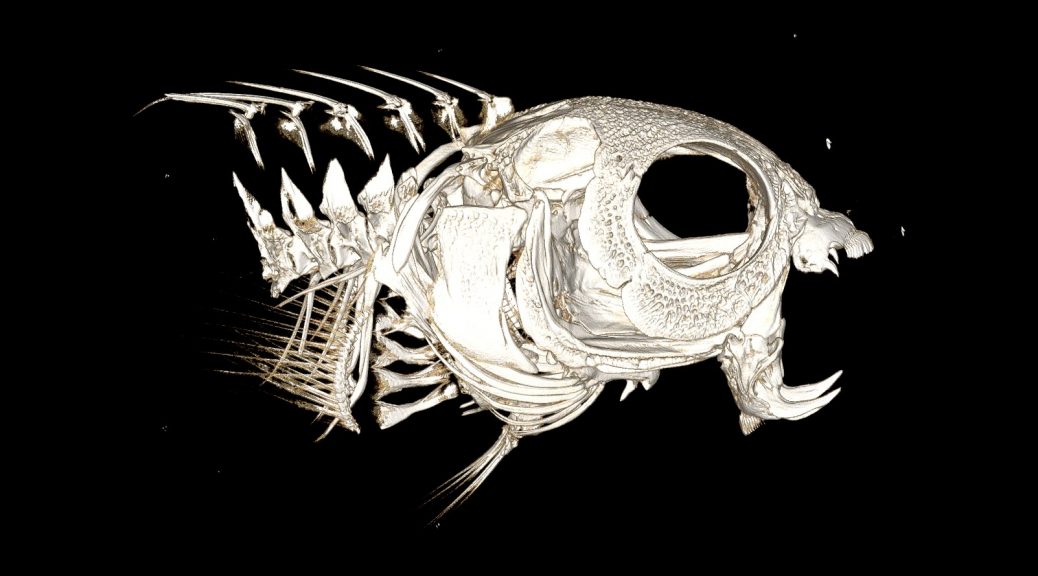 The UQ Node of the National Imaging facility has recently helped a scientific breakthrough in the field of venom research. The 3D image of a fang blenny reef fish was produced at the Centre for Advanced Imaging using the Siemens micro CT scanner. It was part of an international study led by Professor Bryan Fry from UQ school of Biological sciences involving,  Leiden University in Netherlands, Liverpool School of Tropical Medicine in UK, Monash University and the University of Queensland in Australia. The study was recently published in Current Biology.

The team of scientists confirm that one group of fang blenny have venom glands that contain enkephalins, an opioid hormone that works by targeting the same molecules as synthetic opioid painkillers. According to Fry, the venoms of these species may serve as a novel source of painkillers. Currently prescribed opioids have led to an epidemic of addiction, so doctors and scientists are keen to find alternatives.

You can find more about this discovery through the following online articles by New Scientists, BBC, Science, National Public Radio (NPR), New York Times, and more! 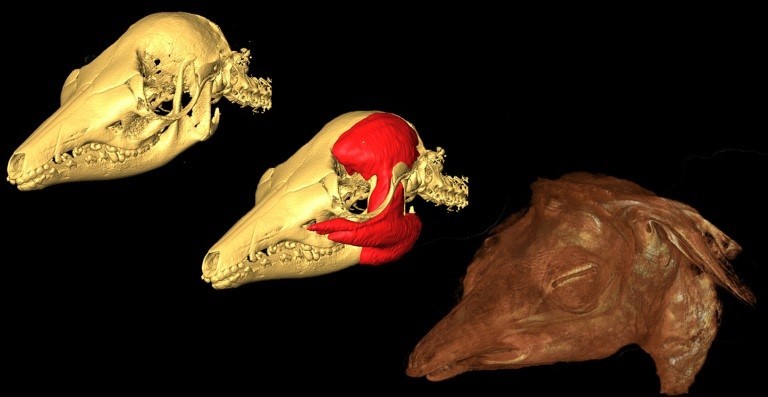 What do long extinct pig-footed bandicoots, anatomical education and 3D printing have in common? Justin Adams and Paul McMenamin of the Centre for Human Anatomy Education at the Monash Department of Anatomy and Developmental Biology are using imaging data generated by the Monash NIF node fellows and the radiography team at Monash Biomedical Imaging. Their work developing highly detailed tissue models of human anatomy and long extinct Australian fauna is bring the dead back to life.

Neurosurgical training using simulators is now becoming more commonplace. High resolution CT and MRI data of cadaver hands, and biomechanical data available on the different tissues of the hand are being utilized to maximize anatomical and biomechanical accuracy in the development of a hand surgery simulator. These types of 3D datasets and rendering methods are being used to help develop the next generation of surgical assist robots by developing methods for generating precise tissue maps from clinical imaging data. Justin, Paul and his team including PhD student Raf Ratinam use the small bore Inveon CT and extended structural scans on the Skyra 3T MRI to generate high resolution images of iodine preserved human tissue specimens.

The CT and MR images are then reconstructed and “stitched” together to generate the tissue maps, enable further segmentation, 3D rendering and visualisation highlighting to allow students to visualise the tissue morphology during surgical training and anatomy classes. The datasets are then 3D printed using multiple materials to mimic tissue densities and generate highly realistic physical models of hand anatomy for surgical practice and training.

The researchers have also used the techniques with patient clinical CT scans to 3D print fractured bones to produce 3D models that allow surgeons to visualise the fracture and locate fastening points that speeds up the actual surgery. Patients could even collect a souvenir of their bone fracture or break, which would make an interesting trophy in the pool room cupboard at home!