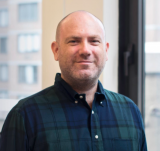 Heath Pardoe is an Associate Professor at the Florey Institute of Neuroscience and Mental Health, Stream Lead for Science and Operations Support in the Australian Epilepsy Project and Academic Lead for the Florey MRI facility. He holds honorary positions at New York University Grossman School of Medicine, Monash University and the University of Melbourne.

His primary research interest is computational analysis of neuroanatomical MRI with a focus on epilepsy. He develops and applies statistical methods, including artificial intelligence techniques, to large neuroimaging datasets to map subtle disease related brain changes. As part of these research goals he has developed methods for harmonization of multi-site imaging data and techniques for assessing and correcting for the effects of in-scanner head motion on neuroanatomical MRI scans. His research efforts have been supported by grant funding from the NH&MRC, the NIH and philanthropic organizations.

Dr Pardoe completed his PhD in 2005 at the University of Western Australia. He underwent postdoctoral training with Graeme Jackson at the Florey (2005-2012) and was an Associate Professor of Neurology at the Comprehensive Epilepsy Center at NYU Grossman School of Medicine (2012 – 2022).